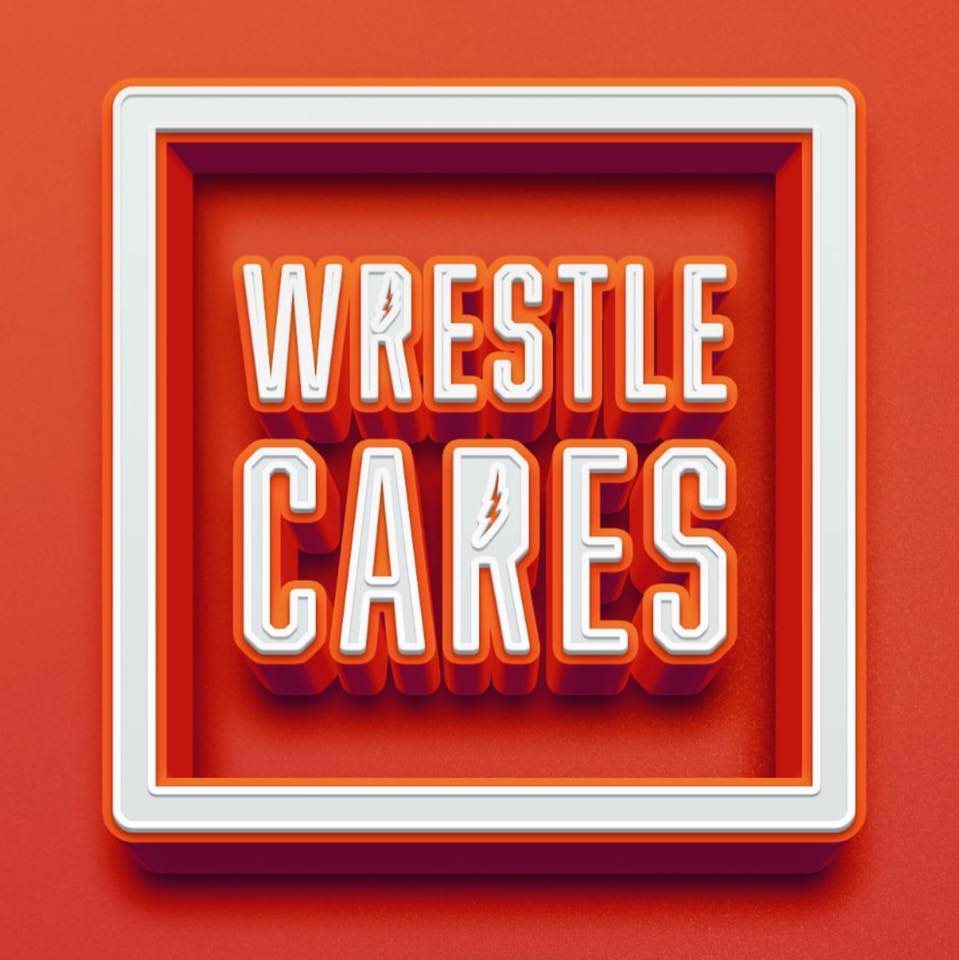 Everyone at TIC would like to say a massive thank you to Wrestlecares for their thoughtful contributions.

We were approached by Danny with the fantastic opportunity;

“I’m Dan and I’m a Patron at a new, non-profit organisation called WrestleCares and we are wanting to spread the love and joy that we got, as children and as adults, from watching professional wrestling.
As I was diagnosed with Tourette’s Syndrome in 2008, I though that donating shoeboxes of wrestling merchandise to kids with similarities to myself would mean even more to me and them. To have that role model to look up to and get a chance to see some amazing athletes and stars! 😁
We have 10 shoeboxes to distribute and we would love it to go to children who may enjoy the items inside. I’m more than happy to help in anyway I can and even talk to people on how much wrestling has helped me growing up, mental health and even tayalk about what lessons you can learn from looking up to superstars”.

We had plenty who jumped at this opportunity and I personally assisted Danny in delivering some of the shoeboxes, the excitement on the children’s faces were priceless. With permission from the parents of 3 of the children, Danny posted their personal stories. 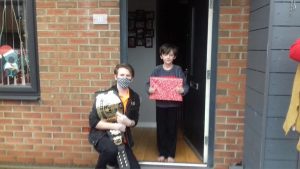 The first young man we’d like to introduce is Harry. Harry was diagnosed with Tourette’s Syndrome, Autism, OCD, extreme anxiety, along with learning & social communication difficulties all by the age of 4. Just 4 years old! Harry is all technology, gaming, lego and wrestling as he goes into his own little world. He hates been fussed about and his main pet hate is when his family call his sister Shauna, instead of Shauna-May. He hates any form of physical contact and unfortunately his parents haven’t even been able to kiss him since age of 1. Harry becomes obsessive over things he loves but after all of that, he is one amazing, young man.
Harry‘s Favourite Superhero is Deadpool and his favourite WWE superstar is John Cena. Harry does an amazing John Cena impression! It was an honour to meet Harry’s family and talk about wrestling and Tourette’s with him. You are awesome! 🤘🏻
Thank you to Harry’s mother, Samantha Habbershaw for allowing us to be a part of his day and for the excellent story for Harry. Merry Christmas! 🎄
We Care, WrestleCares 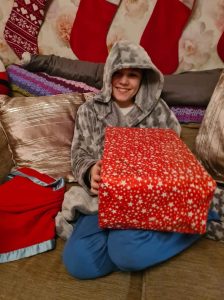 Our next story from our day with TIC Hull & Yorkshire is all about James and his 3 sisters 😁
James is 12 years old and is diagnosed with Tourettes Syndrome and Dyslexia. He may have other conditions yet to be diagnosed such as sensory processing, ASD and dyscalculia that all can be linked with neurological conditions. This has impacted on his life massively, the dyslexia alone has held him back academically but he still strives to do his best! Struggling to maintain friendships and the verbal tics he has can make social situations inappropriate or unsafe if others aren’t aware that he can’t help it. James is happiest in his own surroundings often in electronic gaming or building with lego. He will become fixated with a subject, he can tell you all sorts about the titanic and I’m hoping he has the same passion for wrestling now like he once had when he was younger.
James has 3 younger sisters and all are as crazy as each other! We couldn’t leave them out for Christmas as they have a huge role in James’ life. Thank you to his mother, Sarah Philpott for allowing us to be a part and hopefully we will see you in the future. It’s an honour to know you all. 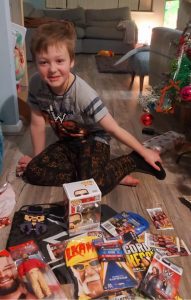 An empowering story of our last, remarkable young man, told be his amazing mother, Lisa. 🧡
“Alex is 10 years old and was diagnosed with Tourette’s Syndrome in 2019 when he was 9. A few weeks later he developed Coprolalia which is the involuntary use of obscene language. Alex had experienced tics which are involuntary physical and vocal movements and sounds since he was very young. He has always been a very confident and friendly child and loves to make people laugh, he has a huge personality and always had little quirks in his character that made him a joy to being around. When we learned about Tourette’s Syndrome we found that a lot of these quirks had been aspects of the condition but this changed nothing for any of us as a family. He is still Alex and always will be uniquely him. The Coprolalia did come as a shock but the biggest battle has been other people’s reactions. Alex’s School have been supportive after TIC Hull & Yorkshire went in to educate the teachers on the condition but it has definitely been a learning curve for all of us and will be an ongoing journey as TS is ever changing.
When Alex has an interest he goes all in and always wants to learn as much as he possibly can about it and share the information he has learned with his friends and family. He’s a big WWE fan so meeting with Danny from WrestleCares was an amazing experience. He is so excited to open his box. He has seen a wrestling match in Hull but the dream would be to see WWE one day. Alex is also a Hull FC fan and was lucky enough to be chosen as Referee for a day with Junior Takeover experience! Alex gets so involved with his hobbies he really takes the whole family along with him, at one point we spent a year with a walk in Tardis and giant inflatable Dalek in our front room! Alex does suffer at times with his conditions and it’s not always easy, there have been many days of tears and sleepless nights. Tics can sometimes be painful and draining but Alex still tries his best in School, holds his head up high and accepts his tics as part of who he is. TS will not stop him achieving but it can be a barrier. It’s good to know there are groups out there like WrestleCares and TIC Hull who are working incredibly hard to try and remove some of these barriers. Thats just a bit about my son from a very proud Mum.”
Thank you Lisa. You should be very proud and I can’t wait to meet you all again. Merry Christmas to Lisa, Alex and Aurora and her partner who wanted to wear Dan’s wrestling belt 😂👏🏻🧡
What a superstar, Alex is